At Tavern on 12, a roadside eatery in the southern Outer Banks hamlet of Frisco, North Carolina, things are going swimmingly.

After a couple months break for a maintenance project, Tavern on 12 reopened in late February and “we are slammed every day right now,” says owner Steve Jones.

There’s only one problem. Jones is not able to open his restaurant every day as he can’t find the workers to run two shifts. Instead, his current staff is running at full tilt and he does not want to burn them out, especially as the area prepares for the upcoming summer season when rental homes and restaurants are usually full to the gills.

“In the peak season,” Jones says, “I’d love to be open seven days.”

Although the issue of worker shortages in the hospitality industry has received a lot of notice and actually predates the coronavirus, the pandemic has only made it worse. And the problem has expanded way beyond the hospitality industry into manufacturing, construction and numerous other industries. A survey released Monday by the National Federation of Independent Business found that a record 44% of small-business owners reported job openings they could not fill.

At Waste Pro, a shortage of truck drivers is hindering the weekly pickups of trash in Flagler County, Florida, so much that officials fined the company $7,500 in March for late pickups and other service issues. It was the highest monthly fine in two years.

“The demand for qualified drivers and helpers currently outpaces the supply due to the nationwide driver shortage,” Waste Pro told Flagerlive.com. “Locally, we are actively working to train new drivers and helpers and have implemented recruiting efforts,” including job fairs.

Political Cartoons on the Economy

There’s no simple explanation for why the shortage of workers has become so acute, but among the reasons are the desire to quickly restart an economy that saw a loss of 22 million jobs at the height of the pandemic, the high number of job openings now reaching 8 million, and the fact that schools have not completely reopened and therefore prospective workers are still facing child care challenges.

“While vaccination rates continue to rise and lockdowns begin to fade, candidates are still facing tough decisions when it comes to returning to work,” says Amy Mosher, chief people officer at isolved, a firm that provides human resources and administrative solutions to companies. “The virus itself still plays a large role in this hesitancy among job seekers. Last month, millions of adults said they were not working out of continued fear of getting or spreading COVID-19. Additional challenges include businesses opening ahead of schools – leaving parents without child care – and candidates facing a skills gap when they’re looking to switch careers or industries, finding little luck or lack of options due to evolving requirements,” Mosher adds.

Other factors are in play as well, including some companies not paying their workers enough and the possibility that stimulus payments and enhanced unemployment benefits may be keeping some job seekers out of the workforce. There’s also the retirement of aging baby boomers, which increased last year by 50%, taking a million or so workers out of the labor pool. And some industries, like semiconductors and auto manufacturing, are struggling with supply shortages that may be affecting their production and need for workers.

There’s also what happens after every recession: Workers decide it is time to change jobs, or even careers. That’s what Tracy Eargood did.

Eargood spent 18 years working at Disney and then worked in travel-related jobs before switching to health care in August of last year. The Orlando-area resident now works at Abbott Labs selling rapid diagnostic kits for COVID-19, HIV and respiratory illnesses to physicians offices as well as schools, universities and long-term care facilities. A long-standing interest in medicine – she originally wanted to go to medical school and become a psychiatrist – prompted the move as well as a desire to help in a post-coronavirus world.

“There’s a lot of people, I think, who are in my shoes,” Eargood says. “Health care and hospitality really aren’t that different. You are taking care of people.”

Eargood says she “personally knows at least 30 people who have pivoted” careers during the pandemic. “I know nine people myself who passed away due to COVID. I wanted to be able to do something to help.”

The debate over what is happening took on new life Friday, when the government’s monthly jobs report came in at 266,000, an epic miss from consensus estimates that ranged from around 800,000 to 1 million.

But that report was at odds with other readings that showed 742,000 new private sector jobs had been created in April and weekly unemployment claims data showing a big reduction in new claims. And even the official April report showed that the hospitality industry created the bulk of the new jobs, 331,000 in total. Indeed, the sector has added 5.4 million jobs in the past year, although overall employment in the industry is still 2.8 million shy of pre-pandemic levels, a shortage of nearly 17%.

“We do not take the April BLS numbers as a sign of flagging momentum,” Comerica Bank Chief Economist Robert Dye wrote earlier this week, referring to the jobs figures released by the Bureau of Labor Statistics. “That said, this is a highly manipulated economy buffeted by three rounds of massive fiscal stimulus, social mitigation policy, new federal spending to come and other unusual policies all making for a highly distorted labor market.”

There’s also data that suggests some people and businesses just decided to call it quits last year and those jobs may not be coming back.

John Leer, an economist for Morning Consult, says research he conducted with Moody’s Analytics last year showed a willingness on the part of Americans to change jobs and industries. “That’s something that is different with the U.S. and other advanced economies,” he says.

But data from November also showed that nearly one-third of small-business owners who ceased operations in the prior six months cited COVID-19 as a factor in their decisions.

Predictably, the jobs debate has turned partisan. Some in the GOP are blaming President Joe Biden’s American Rescue Plan and its payments of $1,400 to working families while also using the jobs numbers as a reason not to spend trillions more on infrastructure and family care programs. It also is a rallying cry for conservatives who are against raising the federal minimum wage from its present $7.25 an hour to $15 an hour.

The U.S. Chamber of Commerce, meanwhile, called on lawmakers to rescind the $300-a-week additional unemployment benefit before it runs out in September.

“One step policymakers should take now is ending the $300 weekly supplemental unemployment benefit,” the lobbying group added. “Based on the Chamber’s analysis, the $300 benefit results in approximately one in four recipients taking home more in unemployment than they earned working.”

Democrats, led by Biden, seized on the poor jobs numbers to argue that what is needed is more government spending through passage of his proposed American Jobs Plan and American Families Plan.

Jen Psaki, White House press secretary, sparred with a Fox News reporter Monday who brought up the issue of the stimulus acting as a disincentive to job seekers.

“Well, again, the majority of economists, internally and externally of the White House, don’t feel that unemployment insurance, something that was done at a time where, to help unemployed people get through a very difficult economic downturn during a pandemic, is a major driver in our unemployment data,” Psaki said. “That there are other factors, bigger factors, that were contributing, have been contributing to the numbers we saw on Friday. That’s what we’re working to address, and that’s where we think our solution should be focused.”

Many companies have decided to take matters into their own hands, raising wages and offering additional benefits. Chipotle on Tuesday said it would raise its average hourly pay to $15 by the end of June. CEO Brian Niccol said the labor market was as tight as he has seen in his career.

McDonald’s joined the pack Thursday, announcing that it would boost pay 10% at the more than 600 company-owned restaurants, bringing average hourly pay for entry-level workers to $15 by 2024, up from its current $13.

“The war for talent is back,” says Richard Wahlquist, president and CEO at the American Staffing Association, which represents the temporary help industry.

Josh Secrest, vice president of marketing and client advisory at Paradox, says companies making headway in hiring large numbers of workers in fields such as in retail, tourism or manufacturing, are either using technology or will need to in the future. Paradox provides major companies with technologies that allow job candidates to seek jobs and also apply and schedule interviews via text or other mobile-friendly ways.

Today’s workers are accustomed to ordering food or concert tickets or making travel plans on their phones on their time schedules, he adds. “Allowing someone to apply 24/7, 365 days a year, there’s a strategic imperative to be fast.”

General Motors is using Paradox’s technology to compete for a broader applicant pool as it pivots to a technology-driven, all-electric vehicle company, says Cyril George, global talent acquisition director at GM. The company’s technology “expands GM’s recruiting pool to candidates outside of where we have brick and mortar locations, an important differentiating factor for us as we compete for the same tech talent as companies in Silicon Valley.”

Determining what is happening to the labor market, especially whether April’s miss was a one-off affair, is of importance not only to workers, employers and economists. It plays a vital role in what Washington does or doesn’t do in terms of economic policy. The Federal Reserve has placed a bet that the labor market will take considerably more time to heal and that any spikes in wages or general prices will be temporary. That is the reason the Fed is keeping interest rates near zero and is continuing to pump money into the economy.

But some fear the Fed has backed itself into a corner and will be behind the curve should inflation get a firm grip. The stock market sold off Tuesday more than 400 points after a few comments from large investors criticizing the Fed spooked traders. And Wednesday’s report that inflation spiked in April to a rare not seen since 2008 only emboldened critics of the Fed as well as unnerving investors and consumers alike.

It’s probably too soon to tell but the weekly Ipsos-Forbes Consumer Confidence Tracker did pick up a drop in the percentage of people who say they are more comfortable making other household purchases than they were six months ago, down 5 points from 60% just two weeks ago.

“That’s the thing I am going to be watching,” says Chris Jackson, head of polling at Ipsos. “It could be a sign people are feeling less flush.”

How This Entrepreneur Turns Struggling Brands Into Growing Businesses

Sun May 16 , 2021
Bob Mangat Bob Mangat The rate of startup success is 90%. With those kinds of odds you may be hesitant to make the leap into entrepreneurship. However, half of all startups will survive for at least five years. From that perspective, it starts to become clear that many startups face […] 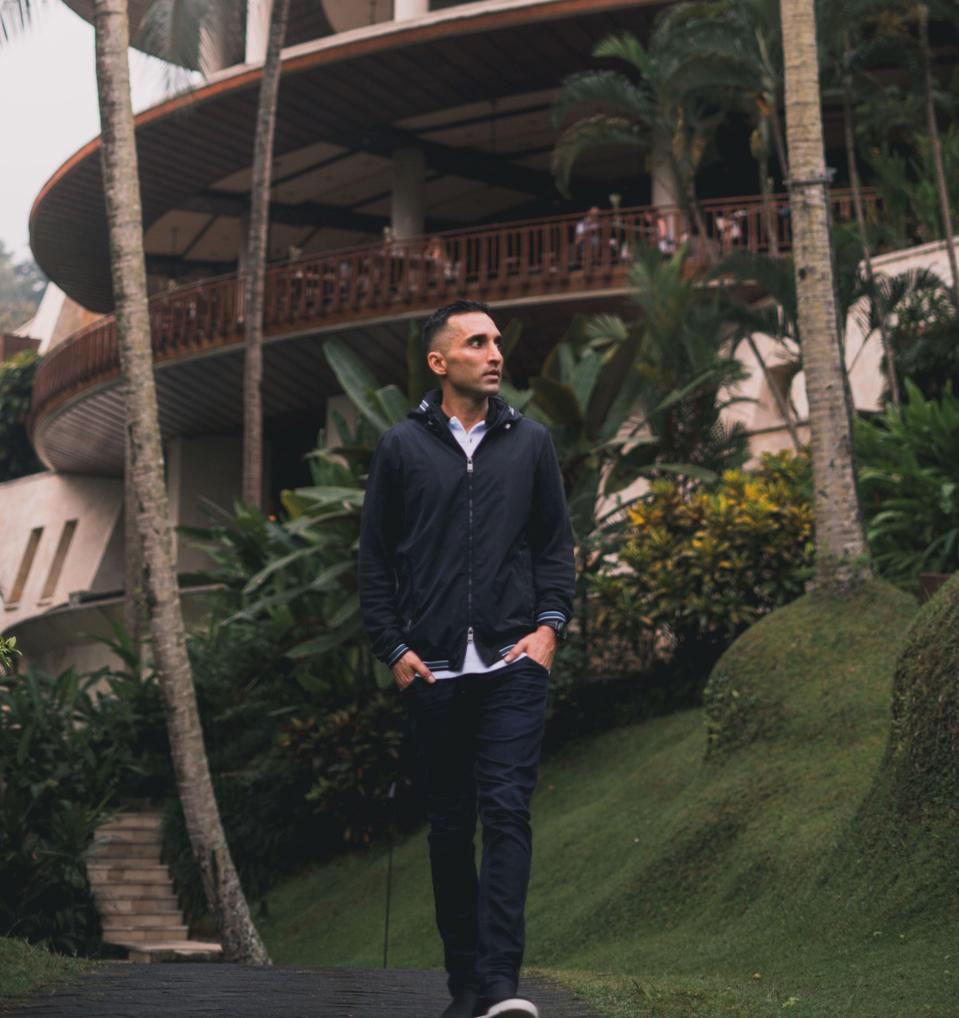