When COVID-19 hit, Sandy Soundara had to make a choice: Keep her child care or keep her job.

The choice is a familiar one for scores of individuals in Kansas and across the country, as the COVID-19 pandemic uprooted lives, careers and families over the course of the past 15 months.

But there is little doubt, at least nationally, that women are likely to be at a disadvantage in a post-COVID-19 economy. That is the opposite of the Great Recession, when men were disproportionately impacted.

For starters, most jobs lost during the pandemic were in sectors with a largely female workforce, such as hospitality, professional services and health care. Other fields with a high number of female employees were on the frontlines of the pandemic, meaning some nurses or grocery store workers likely left their posts because they didn’t feel safe.

Soundara, a single mother, didn’t need to be told that twice.

As COVID-19 cases persisted through the fall, her babysitter, a retired 69-year-old with diabetes, had to quit, telling Soundara she couldn’t leave the house and risk contracting the virus.

Unable to sort out a workable schedule at her current job, Soundara had to quit to watch her two children, who were home from school, but she kept looking for employment.

Twice, she thought she found a potential solution at a new job. And twice she found herself out of work after one employer changed her schedule and another laid her off due to lower-than-expected profits.

“I broke down in tears,” Soundara said.

Her problems only compounded. The Kansas Department of Labor flagged her unemployment claims as fraudulent, even though Soundara said she provided documentation that should have reversed the decision.

Her appeals failed and months have gone by without payment, with her car repossessed and the fear of eviction lingering.

“I know that other people out there … at least they say ‘My husband’s income is coming in, at least I got other income in the house,” Soundara said. “I say ‘Well, lucky you.’ Because I don’t have that choice. I don’t have that option.”

In Kansas, overall labor force participation has largely returned to pre-pandemic levels, according to data from KDOL.

An analysis from the job search service ZipRecruiter, however, found 3.6 open positions for every job seeker in the plains region, which includes Kansas, Nebraska, Iowa, South Dakota and North Dakota.

Republicans, nationally and in Kansas, have blamed this phenomenon on a larger pool of individuals who aren’t seeking employment. The reason, they argue, is a suite of expanded federal unemployment benefits started in the early days of the pandemic and which have been reauthorized twice.

The initiatives at issue include a $300-per-week bonus for those collecting benefits, as well as extended benefits for those who have exhausted regular unemployment and an effort to provide support to gig workers and the self-employed.

“There are probably a lot of people sitting around, drawing unemployment, and not wanting to go back to work,” Sen. Mike Thompson, R-Shawnee, said as legislators debated a resolution urging Gov. Laura Kelly to end the expanded programs.

Democrats, meanwhile, have argued the problem is a mirage and that, to the extent it exists, has been driven by a lack of child care, low wages and other systemic problems.

“We do need to have this discussion. Women were predominately hurt by COVID-19 and leaving the workforce because there wasn’t appropriate child care,” said Senate Minority Leader Dinah Sykes, D-Lenexa.

The future of the unemployment programs are still up in the air — Kelly and a coalition of business groups met in the past week on the matter, with no decision on the horizon.

But Donna Ginther, director of the Institute for Policy & Social Research at the University of Kansas, said there isn’t one core reason for the labor market issues. And she noted the rebounding labor force participation was evidence that expanded unemployment benefits weren’t at fault.

“The economy is complex, the reasons why employers are searching for workers is equally complex,” she said. “And I don’t think you can just say it’s one policy that is keeping people out of the labor force.”

With children shuffled in and out of remote learning over the last year, one barrier keeping workers on the sidelines has been finding someone to watch their young ones.

This has been true for both genders. In Kansas, U.S. Census Bureau data showed 29,000 residents lost a job, left work or weren’t looking for a new position because they were taking care of children.

But women are more likely to be tasked with child-rearing duties overall. A U.S. Census Bureau report found mothers were three times more likely than fathers to have exited the workforce as of January 2021.

“That’s a big issue,” Ginther said. “So I would say that there’s a conflict between work and family.”

That was the case for Soundara. While her son has returned to in-person learning, her younger child has remained at home. And her search for jobs has turned up many positions with 12-hour shifts — something not conducive to school schedules.

Jennifer Hughes was in a similar situation after being laid off from her job as a technician at the Robert J. Dole VA Medical Center in Wichita. Her pay at the time was $21-per-hour, which made it difficult to find work in a retail or fast-food position making minimum wage.

Initially when her children went to remote learning, her 14-year-old took “on the role of babysitter.” But she opted to reverse course in the fall.

“When the school year started, I could not let me kids fall behind even more,” Hughes said.

Experts note that while the pandemic has exacerbated child-care issues, they were around well before COVID-19.

But the pandemic forced many facilities to close their doors permanently. Larger urban areas tended to see more closures but also had a larger supply of options in the first place, whether that is child-care centers, group homes or preschools.

Shawnee County, for instance, lost 17 child-care providers over the past year, according to data from Child Care Aware Kansas. In Reno County, 16 of the area’s 94 child-care centers disappeared.

In more rural areas, the declines may be less steep in terms of raw numbers, but those communities often had less capacity in the first place, with residents perhaps more likely to rely on family and friends.

The biggest limiting factor may now be staffing shortages in a workforce that is, ironically, largely made up of women.

This has hit all levels of child care, but the most affected have been those programs which care for infants, as those are more labor and staffing intensive. And while child-care facilities have been largely able to relax capacity restrictions, they can’t return to full-strength without the personnel to support such a move.

“If you don’t have teachers, you can’t open those classrooms,” said Reva Wywadis, executive director of Child Care Aware Eastern Kansas, an organization which supports families seeking child care throughout the region.

Wywadis said her organization was aiming to start a pilot program in the fall to better connect potential teachers with needed training or job openings, although she acknowledges it won’t solve a long-standing shortage.

Meanwhile, a flood of federal support could be on the way. A sweeping, $1.8 trillion proposal from President Joe Biden would target $225 billion to child care nationally and the plan would cap child-care expenses annually for many families.

The plan would be paid for by expanding the top tax bracket, as well as increasing the capital gains tax — proposals which meet an uncertain future in Congress.

The American Rescue Plan, however, would create a $20 billion fund to help eligible child-care providers pay staff, upgrade their facilities and reimburse costs incurred during the COVID-19 pandemic.

The pandemic, Wywadis said, perhaps has underscored the importance of child care for maintaining and growing the local, state and national economy.

“This topic is on the radar of people that maybe haven’t always paid a lot of attention to it,” she said. “And suddenly, they’re realizing that if we don’t address child care, they’re going to have trouble selling their vacant slots in whatever business they’re running.”

For Soundara, the Salina resident, there could also be an end in sight. She said earlier this week KDOL had removed the fraudulent flag from her account, meaning over $8,000 in payments should be headed her way, although it is unclear when the funds will arrive.

That money would help her pay a stack of bills and also access transportation and child care, meaning she potentially will soon be back on the hunt for a job.

Nationally, participation among women in the labor force has begun increasing again, with about 495,000 women re-entered the workforce nationally in March, although it hasn’t yet rebounded to pre-pandemic levels.

But Ginther, the KU professor, said there was reason to believe that things were ticking back up in Kansas as well. She cited KDOL data showing that workforce participation has rebounded across genders, although noted it wasn’t ironclad.

“The data I’m seeing in the next in the past few months, suggests that (women are) coming back,” Ginther said. “And that coming back coincided with the schools doing more in-person learning. So I think what we’re seeing is that, as COVID wanes, hopefully, you’re going to see women coming back into the labor force.”

One of those women is Hughes, who has gotten a new position in her field paying $17-per-hour, albeit one with a probationary period.

The position was still better than sifting through jobs at local fast food chains, but she didn’t mince words about the challenges of the last year.

“It’s been absolutely miserable,” she said.

Thu Jun 10 , 2021
OroCommerce, the first and only open-source B2B eCommerce platform built from the ground up for mid-market and large commerce businesses, released a new whitepaper on technology change management. If organizations do not adopt new technology, they will lose a competitive edge and experience a slow decline. Technological change management is […] 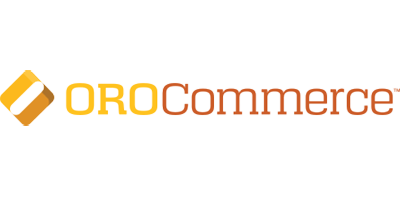