It’s a sunny, breezy morning in Eugene, Ore., a place best known for access to the great outdoors, a history of environmental activism and being the birthplace of

Only I’m not in Oregon. I’m still stuck at home, on the opposite coast, relying—like many of us—on an ever-growing array of tools that allow me to do my job remotely. In this case, I’m getting a tour of

factory via FaceTime. Mr. Frohnmayer is carrying “me” around on an iPhone, pointing things out, getting me up close to machinery, parts and half-finished vehicles, and fielding my questions. For me, it turns out to be a reasonable facsimile of actually being there. Minus the eight-hour flight and stay at a Dow Jones-approved discount hotel with continental breakfast, that is.

This is how Mr. Frohnmayer and his team have been giving factory tours to investors, customers and suppliers since the pandemic began. It works well enough that Mr. Frohnmayer wants to keep doing it after the pandemic ends, because it comes with no loss in productivity due to travel days.

Thanks to cloud-based collaborative tools of every description—not just Zoom—the pandemic has led to a reset in office culture, from in-person to remote or hybrid. Surprisingly, there’s also been a reset for workers that almost no one thought could do their jobs remotely, including field service engineers and emergency medical personnel.

While these changes explain trends within the post-pandemic workplace, they also demonstrate a new way forward for relationships between businesses. Many examples come from the most hands-on industry of all: manufacturing. Workers still have to show up at a factory and assemble products, and quality control may demand overseas travel from time to time, but many other activities—including investment due diligence, relationship-building with suppliers and customers, and even research and development—have unexpectedly and perhaps permanently gone remote.

Delta’s CEO has projected that business travel will be back to 70% of its pre-pandemic level by 2023. But that other 30% might take far longer to recoup, now that the definition of “necessary travel” has changed.

Using FaceTime as a form of telepresence to conduct factory tours—without need for fancy robots or chunky headsets—is but one of the ways Mr. Frohnmayer has moved the bulk of his work at Arcimoto to a remote model. For meetings, he relies on what he calls his FutureCube, an insulated, soundproofed shed in his backyard. It has power from his home, broadband via Starlink satellite internet and, most important of all, none of the barking dogs who used to interrupt his calls.

He uses this backyard office for meetings, including with investors, which are especially important given that Arcimoto, despite being publicly traded, is still just ramping up.

“The idea used to be that I have to fly across the country just for a half-hour lunch to get a business deal done. And then the finance industry found out you can have a face-to-face , and it can be a very personal discussion, remotely,” he says.

Arcimoto, which raised more than $50 million through stock sales last year and another $14 million in 2021, is now designing its next factory, which will be more than 200,000 square feet, compared with its current 34,000-square-foot one.

Clearpath Robotics, based in Kitchener, Ontario, is the parent of Otto Motors, which builds autonomous mobile robots to assist manufacturers and logistics companies. Just before the pandemic, Matt Rendall, its CEO, was raising a round of startup capital. “My life was on an airplane, hopping from city to city, investor to investor. But now I haven’t been on an airplane in 14 months. The pandemic has changed the bar for what is going to require you to get on an airplane.”

Clearpath has many customers in Japan, where in-person meetings with customers were an absolute necessity, says Mr. Rendall. But given that Japan was hit with pandemic shutdowns even earlier than most of Europe and the Americas, the culture there has shifted rapidly and dramatically to remote meetings. Not having to plan around frequent two-week-long trips halfway around the world has freed up time for Mr. Rendall to think about business strategy. It’s time he says he is reluctant to give up even after the pandemic is over.

For businesses that actually make things, there is a limit to how much work can be done remotely. Both Arcimoto and Clearpath have continued to operate manufacturing facilities throughout the pandemic, whenever local regulations allowed them to do so, while maintaining social distancing between workers. And some of their employees are eager to get back to traveling for business again.

More from Christopher Mims on the post-pandemic future of work

is Arcimoto’s chief operating officer, responsible for its supply chain, manufacturing, engineering and R&D. Before the pandemic, Mr. Becker and his deputies made frequent trips to China, to visit suppliers that make most of the mechanical and electrical parts for Arcimoto’s vehicles. Such trips were critical for maintaining the quality of parts flowing into Arcimoto’s factory in Eugene, he says. He would inspect machines that make the parts, and see how processes and quality-control measures worked in a given factory. The lack of these trips, he says, has led to problems over the past year: parts that were out of spec and unusable.

Despite these setbacks, Mr. Becker believes that many meetings both within and outside his company will remain remote even after the pandemic. He also thinks the old-fashioned phone call is forever changed.

“People will gravitate towards Zoom meetings even in the future, as opposed to conference calls or emails,” he says. “It has its merits, because you can share pictures, spreadsheets and Gantt charts so much better.”

At Clearpath, engineers used to have to come to the company’s test facility, in a large warehouse in Kitchener, to test changes in the software that runs the company’s Otto robots, which can weigh as much as 3,000 pounds. Now they can try out software upgrades on stripped-down versions of those robots. These “wallbots,” as the company calls them, include only the robots’ onboard sensors, actuators and computers. Since they don’t have the half-ton body and suspension system, they’re small enough to fit in a home garage.

While wallbots were originally a contingency of the pandemic, they have the potential to become a permanent way for the company to recruit remote talent. Engineers can now work from almost anywhere and don’t have to be within commuting distance of the company’s facilities, says Mr. Rendall, who has expanded the geographic reach of his search for talent.

Some analysts and executives have argued that, in addition to the unavoidable necessities of hands-on work, the fear of missing out will drive workers back into the office—and salespeople into customers’ conference rooms—as soon as they are allowed.

A Wall Street Journal analysis from December 2020 projected a lasting drop of between 19% and 36% in the number of business trips taken.

An October 2020 analysis from management consulting firm Oliver Wyman projected that business travel will bounce back more slowly than leisure travel. A year of lockdown has shown that technologies like video conferencing can replace meetings that take place within companies, and they work well when people already have an existing relationship, says Khalid Usman, a partner at Oliver Wyman. But not all business travel will be affected the same—the firm says travel for sales and client meetings will bounce back first.

Do you expect your approach to business travel to change after the pandemic recedes? Join the conversation below.

It’s the opposite for Mr. Rendall, however. He hasn’t seen his chief revenue officer in a year. He says he can’t wait to fly down to Texas, where the other executive lives, to reconnect. But he says he’ll continue to conduct initial meetings with potential investors and customers over Zoom.

“We’ve proven over the past 12 months that you can establish a new investor or customer relationship remotely, and I think over time it’s going to be the most important relationships where you invest the time required to travel,” he adds.

—For more WSJ Technology analysis, reviews, advice and headlines, sign up for our weekly newsletter.

Thu May 6 , 2021
getty A recent survey sponsored by Chubb and published by Dynata shows that just under 50% of business travelers say they would be comfortable flying domestically, while just 31% say would fly internationally. These results vary by region, but are directionally consistent among all. Surveys like this provide some insight […] 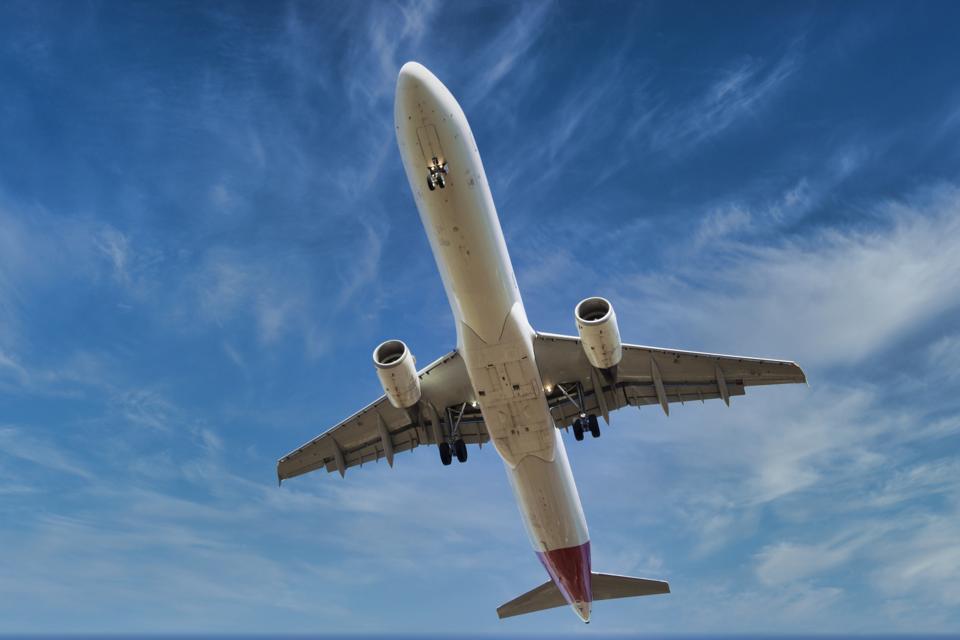