What follows is a slightly edited version of a letter sent to the president of the Trustees of Reservations.

I’d like to take this opportunity to welcome you to one of the premier land conservation organizations in the world. I should know. I gave 32 years of my professional life to the Trustees as the Islands regional director (25 years) and the Martha’s Vineyard/Chappaquiddick superintendent (seven years) and I couldn’t be prouder of my years with The Trustees. For the first 30 of my years, my marching orders were to become part of the community. We were an organization that was committed to our local communities — they were part of our strength. The final two years of my tenure were vastly different with the emphasis on strengthening our marketing and programming at the expense of building strong ties with our neighbors, our community and our local and state partners.

I am saddened to let you know that after a lifetime of being The Trustees’ biggest cheerleader on the Islands, we are parting ways. The draft management plan for Norton Point and Chappaquiddick beaches is the reason. I can honestly say that I have never read a document so blatantly anti-community, anti-history and without a care in the world for the resource balance it claims to seek. In short, this document should never have been released in its present form. It is filled with some great wisdom and scientifically supported data regarding the threat of sea level rise on our barrier beaches. Much of the rest of the plan is rubbish, clearly written with an ecological voice which is tone deaf to the existence of its surroundings on Martha’s Vineyard. At Norton Point, Leland Beach, and Cape Pogue we have always found a balance between resource protection and public access. We emphasized public access for pedestrians and oversand vehicles with provisions for boats, wind surfers, kiteboarders and kayakers. This plan seems to treat human visitors in OSVs as the enemy.

This is a remote beach area with few areas accessible by foot. The use of OSVs is not detrimental to the property if some simple common sense rules are followed. This draft plan purports to use the 1994 Guide for Barrier Beach Management in Massachusetts and the 1993 Massachusetts Guidelines for Managing Recreational Use of Beaches to Protect Piping Plover, Terns, and Their Habitats in Massachusetts as its keystone for drafting and implementing barrier beach management at Chappy and Norton Point. It is too bad that this plan does not follow these beach management guidelines but instead deviates from their provisions by substituting personal opinion and by failing to provide note of key provisions which mitigate the strict interpretation the ecology staff uses in this draft. It is also too bad that no beach managers were given any meaningful role in the drafting of this plan.

Further, I find it incredible that our beach partners were not involved in the writing of this controversial plan. The Trustees sent copies of this plan to the Mass Division of Marine Fisheries (the owner of Leland Beach), Dukes County (the owner of Norton Point) and the town of Edgartown (the owner of the jetties) two weeks before releasing it to the public. If I were them, I would be insulted that they were ignored in the drafting of this controversial and divisive plan.

For many years I warned the ecology staff not to pursue their desire to ban dogs from Cape Pogue, Leland, Wasque and Norton Point because they failed to gather data on their assertions that dogs were actively harassing plovers, terns, and other beach nesting birds. To date they still have not presented data on Chappy or Norton Point dog incidents. I should know. I managed those beaches and spoke daily with the shorebird staff and beach rangers. No question that unrestrained dogs running within proximity of nests is a violation of state law and should be documented. I am aware of a handful (fewer than six) incidents of dogs off leash within a shorebird nest zone (these plovers were also protected by wire mesh exclosures) over 32 years of beach management. No question our rangers were daily reminding visitors to put their dogs on leash, but in most cases the dogs were standing/lying next to their owners/families. Are these dogs a threat to nesting shorebirds? Certainly not. And dog feces on shellfish flats? Huh? We have a small area on Katama Bay which is exposed at low tide. I have never seen our coastal ecologists or their staff diligently searching this small shellfish area for dog feces. This plan also points out that there are other beaches which ban dogs on the Vineyard. This is a red herring. Almost all the island beaches which ban dogs are beaches where you park in a lot or alongside a road, thus dogs in those concentrated areas can be a nuisance. Here, we are talking about a seven-mile-plus stretch of remote ocean beach. The dog policy needs to be reconsidered.

I was one of the original authors of the 1994 Massachusetts Barrier Beach Management Guidelines. We never advocated for OSV trails which were narrow and placed passing vehicles in close proximity to parked vehicles. This plan endangers our visiting public on wide sections of the beach by mandating OSV trails which are exceedingly narrow and far from the toe of the dune. The resulting OSV travel corridor is too restrictive and forces vehicles who wish to park with little to no room for passing vehicles. Under this scenario the passing vehicles are given little to no reaction time to stop their vehicles. I have years of experience driving on this beach, and not a summer day went by that I did not see a young child run into the travel lane chasing a toy or a teenager leaping into the trail to catch a frisbee. In my opinion, this plan, if it is implemented, may well lead to the death or injury of children who play at the beach.

Perhaps some of the most discouraging parts of this plan are its ignorance of historical use of trails for recreation, shellfishing, fin fishing and quiet rejuvenation in nature. The world envisioned in this draft beach management plan is not the kind of place Charles Eliot ever envisioned. Even with sea level rise we can find the balance between public use and enjoyment and protecting​ the places that we love. That spirit is missing in this plan.

In my opinion, you should withdraw the plan and redraft it with input from beach managers, our beach partner-owners as well as the local community. There is no fixing this draft plan. It needs a complete rewrite with a balanced point of view which truly embraces our mission of public use and enjoyment as well as protection of the properties which we all love and seek to protect.

Accountants souring on prospects for economy

Mon Jul 18 , 2022
Economic confidence among accountants and finance professionals in North America has declined to levels seen during the height of the COVID-19 pandemic in 2020, according to a new survey. The quarterly Global Economic Conditions Survey, released Thursday by the Association of Chartered Certified Accountants and the Institute of Management Accountants, […] 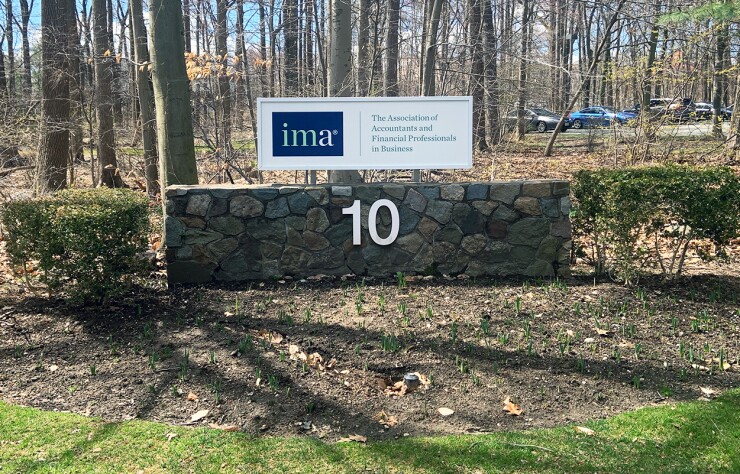