In February 2020, my wife Buddini Karawdeniya and I moved with our one-year-old son from the United States to Australia. We’d worked together as postdocs at Southern Methodist University (SMU) in Dallas, Texas, until Buddini, a nanopore researcher, accepted a research fellowship at the Australian National University (ANU) in Canberra. The move meant that we could be closer to our parents, who live in Sri Lanka. We visited them before leaving for Australia — and I never imagined that it would be the last time I would see my father, who passed away a year later, in February 2021. We planned for me to find a job in Australia and to visit our parents every year, but this never materialized: they are eagerly waiting to see us and our son, but with the pandemic still rampaging through Sri Lanka, that’s a very distant dream.

In March 2020, the pandemic hit much of the world, and my prospects of being hired dwindled with each passing day. Being unemployed would have been much more challenging without Buddini’s salary and some savings. But as the economy nosedived, I fought to keep my career alive and to stay employable, rather than looking for jobs that simply did not exist. It would not have been possible to hold out for a research job during that period without Buddini’s support.

And although unemployment put my career back a few steps, I used the time to acquire skills and to lay the foundation for a strong return.

Keep up with the field

There is a steady stream of new techniques, methods, theories and approaches that embrace nanopore-based single-molecule sensing, which is my specialism. Supervisors prefer candidates to thoroughly understand both recent and past developments documented in the literature.

So I set up Google Alerts — which inform you when new content related to a particular topic appears on the web — and followed @TheNanoporeSite on Twitter — both of which I checked regularly to stay up to date in the field. Not having a university affiliation meant I could not access most papers. However, Buddini and my colleagues from my previous laboratory (especially Jugal Saharia, another nanopore researcher) would share articles with me — and would often be keen to discuss them.

Most days, I used my son’s afternoon nap time to glance through a paper or two. I found this was enough to stay up to date with the most significant research developments.

Take all opportunities that come your way

Being a stay-at-home dad kept me much busier than my previous job did. But I also signed up for two courses (in machine learning and MATLAB, a programming tool for analysing data and modelling) through the online learning platform Coursera, which I undertook at night after signing off from toddler duties.

These skills were in high demand in my field because of the growing number of research papers that use machine learning and MATLAB techniques.

I also continued working on three projects I’d left behind at SMU — which involved problem-solving, manuscript writing and data analysis — and these are now published. And I contributed to the chapter called ‘Experimental approaches to solid-state nanopores’, of which I am the lead author, of a book tentatively titled Single Molecule Sensing Beyond Fluorescence (to be published by Springer).

All of these achievements were not worth much individually, but together they strengthened my CV and showed that my time outside employment was not spent outside research.

Jason Dwyer, who supervised me while I pursued my chemistry PhD at the University of Rhode Island in South Kingstown, suggested jotting down any epiphanies that might strike, to ensure that they were not forgotten. I started doing this during my unemployment by noting any ideas to pursue that I came up with while reading a paper or just thinking about science. When I took the machine-learning course, for example, a few ideas came to me around nanopore data analysis. I was constantly looking to use what I learnt through this course in my research involving some old data I had.

Doing this helped to keep my thinking on track, similarly to a researcher who had a regular job. I also documented some past ideas that I’d had but could not pursue at the time.

Rather than wallowing in unemployment, this helped me to think positively and to plan the next couple of steps in my career.

In July 2020, our son got a two-day-per-week slot at an early-learning centre.

The economic downturn meant universities could not hire as many people, but they could invite visiting researchers — and the 482 Temporary Skill Shortage visa I was on did not preclude me from volunteering.

I pitched the idea of helping ANU to develop nanopore-based single-molecule sensing to Patrick Kluth, one of the researchers Buddini is working for as part of her postdoc. He accepted, and I began visiting the lab twice per week.

Along with my wife and other colleagues, we drove technological advances to expand the scope of nanopore research at ANU. We initiated a collaboration on nanopore data analysis with Minjun Kim, our former supervisor at SMU, which has since been published in Analytical Chemistry1.

I also accepted an invitation from Buddini’s main supervisor, physicist Dragomir Neshev, to contribute to a review paper (which will be submitted to Chemical Reviews).

My CV now includes work experience at one of the best universities in Australia, and a couple more published papers (I hope).

Reach out to your network

By November 2020, I realized that finding a job in Australia would remain challenging because of the pandemic. Our expenses were mounting, especially because our son was to start attending the early-learning centre full-time from January 2021, and we were dipping further into our savings. We could afford to go on a single salary for only another 6–8 months before having to discontinue our son’s experience at the early-learning centre. This was disheartening to us as parents.

Buddini and I decided that, if I needed to move again for work — even back to the United States — we would be able to manage in our relationship and as parents. I reached out to my former supervisors and friends in the United States, in particular Kim and Dwyer, to ask whether they could help me to find a job. Both reached out to their network and forwarded various options to me.

Kim connected me to Kevin Freedman, a specialist in nanopore sensing at the University of California, Riverside (UCR), who hired me. So, in May 2021, I moved back to the United States and the preparation during those hard months for future employment is paying its dividends now. I now work as a postdoctoral researcher at UCR with a focus on using nanopipettes for single-molecule sensing. Having very close friends in California made the move smoother than it could have been, because I had to start life in the United States from ground zero.

Having a cousin and a family friend (fondly called Aunt Maya) in Canberra, and some close family in Sydney, made this move to the United States easier because I knew they would be there for my wife and our son to help support our family in Australia.

The personal challenges are far from over: my wife and I are now living the two-body problem, working on two continents (with a 17-hour time difference), with a child to think about. The inbound travel restrictions in Australia add an extra layer of complexity. I stay up well past midnight to talk to my son when he comes home from the early-learning centre. Long days have become the norm, and both of us try to stay positive. Every day, I tell myself, “You are doing this for your family,” and that keeps me going.

Although we are breaking even financially without saving, as parents, we are happy that we can provide our son with the best available education. He comes home babbling about his friends and what he did during the day, which is more than enough compensation for the uphill battle we are fighting currently.

Buddini has laid the groundwork to apply for jobs in the United States so that we can be reunited soon. But I’m certain our approach to my unemployment helped me to eventually get hired.

Fri Aug 27 , 2021
24.08.2021 US access industry veteran Alan Dotts has been appointed as sales manager for newly formed Texas based stock picker and pallet truck distributor ePicker. He joins the company – which sells products manufactured by EP Equipment – from Toyota Material Handling where he has been sales manager for special […] 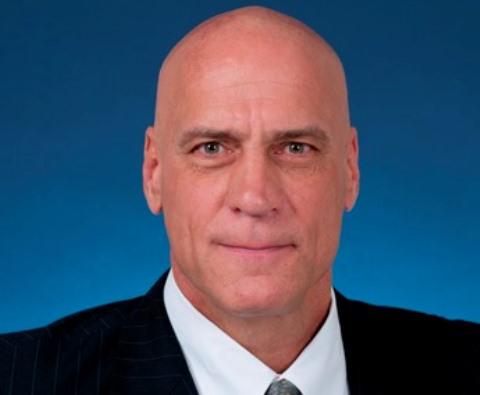