The Securities and Exchange Commission abruptly removed William Duhnke as chairman of the Public Company Accounting Oversight Board on Friday. As part of the shakeup, PCAOB board member Duane DesParte will become acting chair, but the SEC plans to replace the entire slate of board members.

The SEC’s new chair, Gary Gensler, said the move would better protect investors. “The PCAOB has an opportunity to live up to Congress’s vision in the Sarbanes-Oxley Act,” Gensler said in a statement. “I look forward to working with my fellow commissioners, Acting Chair DesParte, and the staff of the PCAOB to set it on a path to better protect investors by ensuring that public company audits are informative, accurate, and independent.”

Duhnke became chairman in January 2018 and, over the next two years, the rest of the five board members and much of the top staff at the PCAOB were gone, including a board member who was replaced by a White House aide (see story). The PCAOB also overhauled its standard-setting agenda, strategic plan, and audit firm inspection process in keeping with the deregulatory agenda of the Trump administration and the former chair of the SEC, Jay Clayton. Both the SEC and the PCAOB moved to relax auditor independence requirements under Clayton and Duhnke. A PCAOB spokesperson referred requests for comment to the SEC.

Last month, Sen. Elizabeth Warren, D-Massachusetts, and Bernie Sanders, I-Vermont, asked Gensler to replace the PCAOB board, according to Bloomberg News, saying it had been weakened under the Trump administration. “Absolutely the right move,” Warren tweeted in response to news about Duhnke’s removal. “William Duhnke was a Trump crony who undermined the PCAOB’s work. Our auditing process needs to be independent and with integrity. Let’s replace the other members with people who live up to the agency’s mission.”

A report released in April by Cornerstone Research found that enforcement activity at the PCAOB had fallen to record lows last year (see story).

The PCAOB was sued earlier this year for wrongful termination by former PCAOB chief administration officer Sue Lee, who claimed Duhnke discriminated against her Chinese ethnicity and used terms like “kung flu” and the “Chinese flu” in front of her and that he wanted to replace liberals at the PCAOB with Republicans, according to the Going Concern blog. The PCAOB filed a counterclaim against her lawsuit denying the allegations.

The new acting chair, DesParte, a CPA, was appointed as a member of the PCAOB by the SEC in December 2017 and joined the board in April 2018 after retiring from the energy company, Exelon, where he was corporate controller and fulfilled other financial roles there for 15 years after an 18-year career in audit and assurance.

The two Republican members of the SEC, Hester Peirce and Elad Roisman, objected to the abrupt move by Gensler and the other Democratic commissioners to replace the entire board and said it set a “troubling precedent,” suggesting the PCAOB’s mission could be compromised by the “vicissitudes of politics.”

“We have serious concerns about the hasty and truncated decision-making process underlying this action,” they said in a statement Friday. “Although the Commission has the authority to remove PCAOB members from their posts without cause, in all of our actions, we should act with fair process, fully-informed deliberation, and equanimity, none of which characterized the Commission’s actions here. Instead the Commission has proceeded in an unprecedented manner that is unmoored from any practical standard that could be meaningfully applied in the future. We are unaware of any similar action by the Commission in connection with its oversight of the PCAOB. These actions set a troubling precedent for the Commission’s ongoing oversight of the PCAOB and for the appointment process, including with respect to attracting well-qualified people who want to serve. A future in which PCAOB members are replaced with every change in administration would run counter to the Sarbanes Oxley Act’s establishment of staggered terms for Board members, inject instability at the PCAOB, and undermine the PCAOB’s important mission by suggesting that it is subject to the vicissitudes of politics.”

The SEC also said Friday it intends to seek candidates to fill all five board positions on the PCAOB. Three members remain on the board after the departure of Duhnke: DesParte, Rebekah Goshorn Jurata and Megan Zietsman. The board was still searching for a replacement after one board member, J. Robert Brown Jr., departed abruptly in January (see story). The SEC has directed its Office of the Chief Accountant to start the process for soliciting new applications. More information about that process will be released in the weeks ahead.

Sun Jun 13 , 2021
Having a marketing plan isn’t enough for success. You need strategic marketing objectives to help you set, plan for and achieve your business goals. And you need to have them not just for your overall marketing plan but also for specific portions, such as paid social media marketing. This guide […] 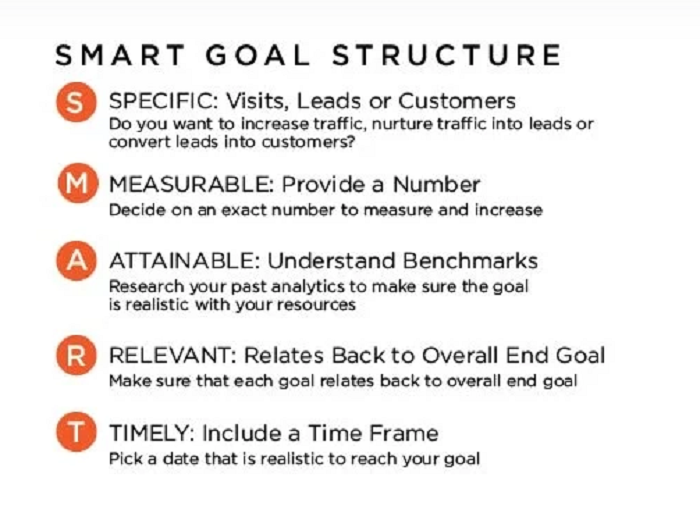