During the 140th meeting of the Scientific and Statistical Committee of the Western Pacific Regional Fishery Management Council, the Committee supported the combined management of the commercial and noncommercial sectors of the main Hawaiian Islands uku fishery and reviewed mitigation tactics for endangered false killer whales.

The Committee is meeting virtually from June 15-17. Midway through, the Committee reported that while commercial fishery data is submitted mandatorily through monthly reports, variabilities in the noncommercial data from the voluntary Hawai‘i Marine Recreational Fisheries Survey (estimated bi-monthly) raise uncertainties about the reliability of this system as a tool for in-season tracking against the annual catch limit.

Improvements in data collection systems and establishing a proper management framework for sector allocation are required if the fishery of the uku (commonly known as the Hawaiʻi blue-green snapper) is to be managed separately.

In September 2020, the Scientific and Statistical Committee set the acceptable biological catch for uku at 297,624 pounds for fishing years 2022 to 2025. The main Hawaiian Islands stock is not overfished or subject to overfishing.

The Committee noted that the decision whether to use sector allocation of the total annual catch target is purely a management action. A 2020 stock assessment from the Pacific Island Fisheries Science Center indicates that noncommercial fishers harvest smaller fish compared to commercial fishers due to fishing location and gear type differences.

From a scientific standpoint, this justifies managing the uku fishery separately. The Scientific and Statistical Committee chair suggested that the group conduct a risk analysis to determine if management measures should be different for the two sectors in the future.

A working group of the Committee also highlighted their preliminary findings on alternative approaches to reduce impacts to false killer whales in the Hawai‘i deep-set longline fishery. The draft issues paper reviews include these topics:

The group suggested that mitigation strategies should focus on removing the trailing gear from an accidentally hooked false killer whale instead of using weak circle hooks, which to date have proved ineffective. Also, they noted there is not enough demographic information, such as survival rates at different ages and reproductive rates, to do a population assessment or diagnose trends for these whales.

The working group will work with the full Committee to review the findings and associated recommendations. The meeting continues through June 17. Instructions on connecting to the web conference, agenda and briefing documents are posted at www.wpcouncil.org/event/140th-scientific-and-statistical-committee-virtual-meeting.

Thu Jun 17 , 2021
The increasing number of hours devoted to Sarbanes-Oxley compliance, along with the COVID-19 pandemic, have accelerated the need to use technology and automation to cope, according to a new survey. The survey, released Tuesday by the consulting firm Protiviti, polled more than 650 audit, compliance and finance leaders in the […] 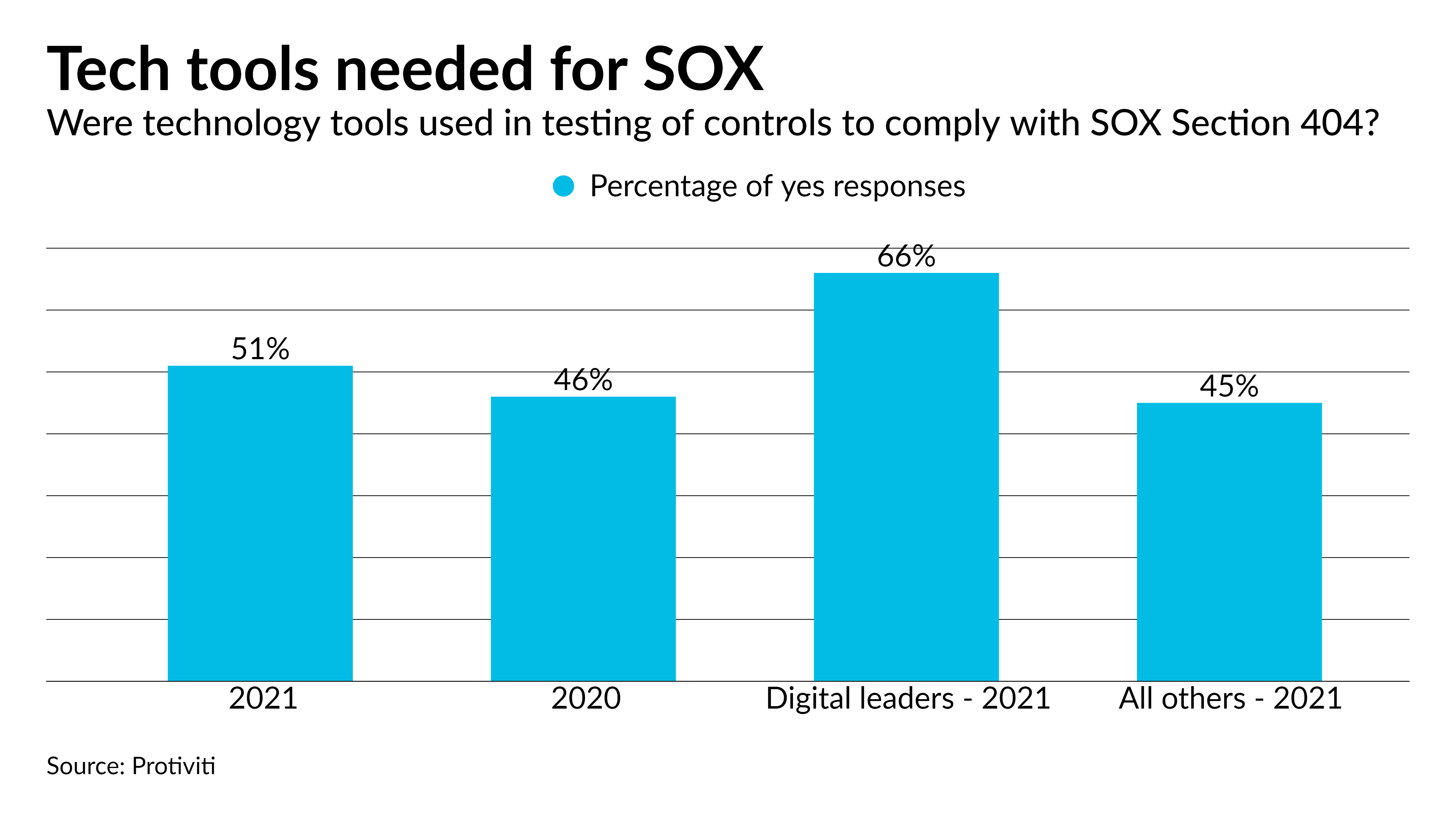