The timing of legislation in late December 2020 and IRS guidance in August 2021 has created complexity and cost for small businesses attempting retroactive access to the Employee Retention Tax Credit.

“Originally, a business needed to choose between Paycheck Protection Program loans and ERCs. The CARES Act said to pick one or the other, and most small businesses picked PPP loans because they gave faster access to money,” explained Roger Harris, president of Padgett Businesses. “Then the Consolidated Appropriations Act, passed in late December 2020, retroactively removed the prohibition from using both PPP loans and ERCs. IRS guidance on Aug. 4, 2021 clarified that the taxpayer must reduce their wage expense equal to the amount of ERC credits received. This reduction would normally be done on the tax return in the year the qualifying wages were paid, and the credits were claimed.”

“If you claimed $100 in wages and received $10 in credit, you have to go back to the return and reduce wages to $90,” he said. “But most of those returns have already been filed. The late passage of the legislation made it nearly impossible to reduce the wage expense for the ERC on a timely-filed 2020 return. In order to comply with the recent guidance, small-business taxpayers will now be required to incur additional costs and burden to amend the recently filed 2020 tax return.”

Given the backlog of various administrative responsibilities and an influx of unprecedented customer support needs, the IRS is currently taking anywhere from 15 to 20 weeks to process the paper forms claiming ERC refunds, Harris indicated. “As a result, few businesses have received any money from the ERC,” he said. “In some cases, those that have received their payments have been paid amounts that are different from what they claimed on the Form 941 returns they were required to amend in the first place. These problems have also made it difficult to determine how much to reduce the wage expense claimed on their income tax return for the ERC refunds they received.”

To help ameliorate the situation, Harris has written the chairs and the ranking members of the House Ways and Means Committee and the Senate Finance Committee, with a proposed solution: Require the IRS to give small-business taxpayers the option to amend their 2020 income tax return or include the refunds as income on their 2021 return.

“We believe this proposal is a common sense idea that eases small-business burden, lowers costs, and simplifies a process that should not be complicated or time-consuming,” he stated. “However, if this broad approach is not possible, at a minimum we ask that Congress allow this option for the smallest of small businesses who use the cash method of accounting. This group is made up of the smallest and simplest of small businesses who report their income and expenses in the year funds are received or expenses are paid.”

The Padgett proposal is actually against its own business interest, Harris noted: “We make money by filing amended returns, but on this we’re putting our clients’ interest ahead of our self-interest. We would rather not get paid to file a tax return when we believe that there’s a better, alternative solution.”

Harris hopes that this solution might be addressed during the upcoming debate on the budget reconciliation bill. “The ERC is part of the ‘pay-for’s,’ so it will be discussed when they conference the House bill and the Senate bill,” he said. “We have to find a place to get the topic discussed, and the House and Senate conference is it.”

On a separate ERC issue, the National Association of CPA Practitioners voiced its disappointment in the guidance the IRS issued in Notice 2021-49.

The original rules governing the ERC did not allow for a credit for wages paid to family members, including the children and other employee relatives. The rules in Notice 2021-49 preclude the wages of the owner and their spouse to qualify for an ERC if the owner has any close living relative, regardless of them being employed by the business. Under the attribution rules, a close living relative is a child, sibling, parents, uncle, aunt, niece, nephew, or any in-law.

“It doesn’t have to be a relative you employ,” said Stephen Mankowski, co-tax chair of NCCPAP. “The very existence of a living relative disqualifies a small-business owner and their spouse from claiming an ERC on their earrings. Basically, any family member is deemed to have constructive ownership even if they have nothing to do with the business.”

“This is retroactive to last year,” he said. “So now a taxpayer has to amend Form 941 and could potentially face significant tax liability on funds they thought wouldn’t be taxed.”

Fri Aug 20 , 2021
Needham police are investigating a stabbing that was reported Wednesday afternoon inside an local business. Authorities responded to the Restaurant Depot on First Avenue just before 2 p.m. after receiving a medical call. When police officers arrived at the business, they discovered a person who had been stabbed. The police […] 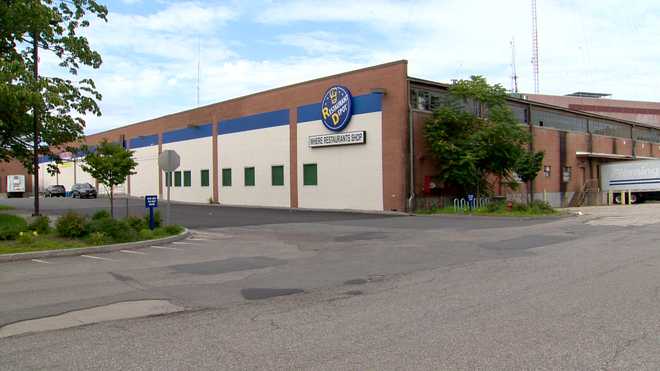