A startup called Lightbend Inc. is trying to get around the limitations of the serverless computing model that often prevent its adoption for more complex, data-hungry applications.

The company today announced a new, open-source developer platform called Akka Serverless today that it said will set a new standard for cloud-native application development. Essentially what it does is it makes serverless computing more accessible to complex applications by removing the need to deploy a database.

Serverless is a model that enables developers to build and run their apps without having to manage the underlying infrastructure. It has numerous benefits, the most important being that it allows developers to spend more of their time writing code. Serverless architectures are inherently scalable too, since they enable faster application updates and often the costs are less as developers are only charged for the compute resources they actually use.

So there’s lots of reasons to want to run serverless apps, but Lightbend, the creator of the open-source Scala programming language, says the model has some big limitations that prevent it being used by stateful applications. Stateful apps are named such because they save client data from the activities of one session for use in the next session. The data that’s saved is referred to as the application’s “state.”

Lightbend founder Jonas Bonér, who was announced as the company’s new chief executive officer today as well, said serverless models are unable to handle the massive volumes of data required by stateful apps once they scale beyond a certain point. As such, Bonér said, serverless is not suited to apps such as “internet of things” platforms, e-commerce systems, real-time financial services, streaming media, internet-based gaming, factory automation and more.

“What is needed is a data-centric backend application architecture that can handle the volume of data required for today’s applications at extremely high performance,” Bonér said.

Leon Stigter, senior product manager for serverless at Lightbend, elaborated on the problem, telling SiliconANGLE that developers generally consider serverless to be a “stateless solution,” which means that every time an application needs to do something, it must connect to a database first. For single services that isn’t so difficult, he said, but when it happens at bigger scales, tasks such as connection pooling can be very difficult, causing lots of headaches.

“Developers will need to know a lot more about the internal structure of the database, such as which tables are needed to store certain types of data, and how the fields are formatted, because of the many interactions,” Stigter said. “For a few services this is usually trivial but at scale it’s a tremendously difficult topic to solve. The other interesting connotation is that databases are usually designed to be a central point of infrastructure, so with serverless you end up with a lot of functions that still call a central location.”

Lightbend said Akka Serverless is the first architecture that makes serverless possible for stateful apps. It’s a distributed state model based on the company’s existing Akka Platform, which is a framework for building large-scale distributed applications in Scala or the Java programming language. The difference is that Akka Serverless strips away the complexity involved with traditional Akka Platform deployments, Lightbend said.

One of the ways it does this is by eliminating the need for a database in stateful apps. Instead, it provides software development kits that are used to build services, together with a managed cloud platform for deploying them. The SDKs expose a simple programming model that eliminates the need to write code to handle database access or connections.

All developers have to do is define the data their application needs, and that data is then managed behind the scenes so that it’s always available at runtime. Akka Serverless also configures and maintains the underlying infrastructure, auto-scales services as required, and handles network partitions and failures while providing visibility into the running system.

Another advantage is Akka Serverless supports a wide range of popular programming languages, Lightbend said, so developers can focus on writing the business logic of their apps and use toolchains they’re familiar with.

Analyst Holger Mueller of Constellation Research Inc. told SiliconANGLE that for all of the advantages of serverless deployments, the model comes up short in a lot of enterprise scenarios, especially when managing stateful applications at scale as Lightbend has identified.

“In any case it is always important to find new ways to make developers more productive, in order to increase developer velocity,” Mueller said. “It’s good to see Lightbend, with its roots lying in highly scalable application architecture, looking to address these challenges with Akka Serverless. It will be key to see how many enterprises adopt Akka Serverless in the next few months for their serverless apps.”

Lightbend said developers can try out Akka Serverless now in beta test mode, ahead of its general release later this year.

Show your support for our mission by joining our Cube Club and Cube Event Community of experts. Join the community that includes Amazon Web Services and soon to be Amazon.com CEO Andy Jassy, Dell Technologies founder and CEO Michael Dell, Intel CEO Pat Gelsinger and many more luminaries and experts.

We are holding our second cloud startup showcase on June 16. Click here to join the free and open Startup Showcase event.

We really want to hear from you. Thanks for taking the time to read this post. Looking forward to seeing you at the event and in theCUBE Club.

Does Branding Really Matter For A Small Business?

Fri Jun 11 , 2021
Brian Sullivan is principal and CEO of Sullivan Branding, a brand development agency in Memphis, TN. getty Most small businesses are focused on ways to sell more products or services. Sales and marketing are often synonymous in their world, driven by the constant question of: How can we get more people […] 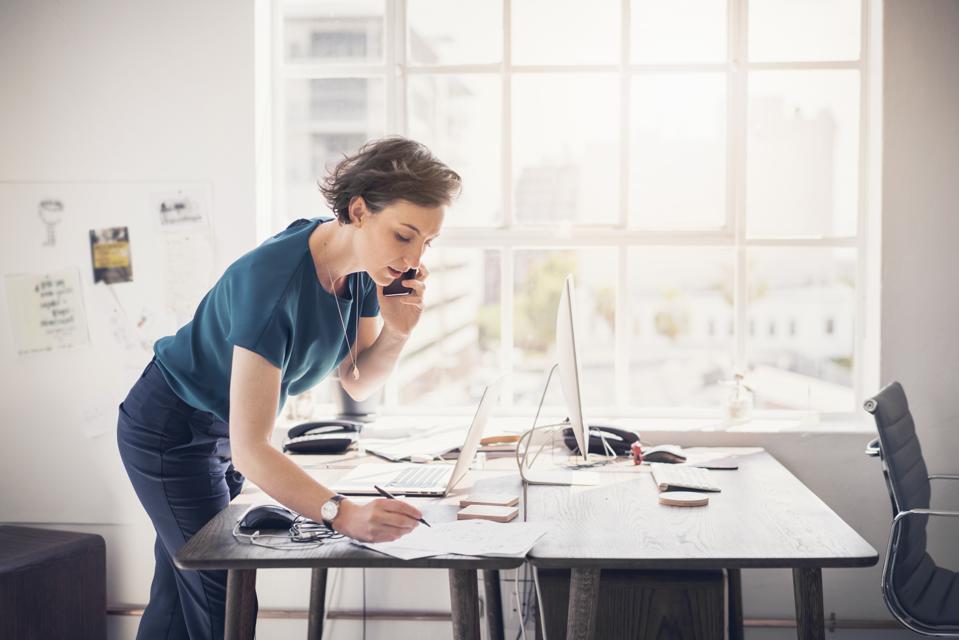