Henderson County is not exempt from the labor shortage sweeping the country.

This shortage is long-term and based on years of developing trends, says Brittany Brady, president and CEO of the Henderson County Partnership for Economic Development.

The COVID-19 pandemic is not the lone cause of the increasingly complicated situation, but has put a magnifying glass over already existing issues and shifts.

“The pandemic highlighted workforce trends we’ve been facing for five years or so,” Brady said.

She believes it will take continued partnerships, workforce training and creative solutions to move forward.

Brady pinpointed some specific trends impacting the Henderson County labor market. The first is a big focus is who is and isn’t working.

“Baby boomers are the wealthiest generation and we saw a mass exodus of workers during the pandemic because they could afford to retire,” Brady said.

She also mentioned what is called the “she-cession,” with women exiting the workforce and some families choosing to go back to one-income households, if they can afford it.

With increased childcare costs and months of remote learning, the option became increasingly appealing to those who could make it work.

Family elements play another role in the market as well. “Population decline is real,” Brady said, adding that 1.7 kids is the current average in a family, and at least 2.1 is needed to “keep up.” This is a 20-year problem, she said.

Low immigration rates continue to be in a trend in Henderson County. This was especially highlighted by the pandemic.

Shuffling between sectors plays a role in the evolving job market. Someone who previously worked in a restaurant may now work in logistics, for example.

As for unemployment assistance, Brady says people going off of benefits will most likely not move the needle in North Carolina, just as it has not done in other southern states.

“Everyone thinks that when unemployment (benefits) stop, that will be the silver bullet,” Brady said. But the reality is far more complicated.

Henderson County’s unemployment rate was not as severe as regional numbers in 2020, Brady explained.

HCPED is now using preliminary data from June 2021. Henderson County’s unemployment rate was 4.3% at that time, which equates to about 2,348 people. A rate of 4% is considered full employment, meaning that those who are not working aren’t working for a reason.

HCPED uses the software JobsEQ to keep up with local numbers, including unemployment rates and openings in specific sectors. Brady provided those statistics based on the last three months.

In Henderson County, the following occupations have the top 10 highest unemployment rates:

Sectors with the lowest unemployment rates are health care practitioners and technical occupations at 2.7%; legal occupations 2.5% and community and social service roles at 2.3%.

As for current job openings, Brady said retail is overwhelmingly leading the pack, with food service, transportation and manufacturing all creating and filling jobs.

Food service and retail took the biggest hit during the pandemic, according to Brady. The effects are ongoing and those industries continue to compete for workers.

A drive down Hendersonville’s Four Seasons Boulevard or a trip to the industrial park makes it apparent that many businesses are looking for employees, Brady said.

“There is competition across the board right now,” she added.

Brady also referenced the “wage war,” which is making it more challenging to find employees at all levels, whether it be a seasoned CEO or an entry-level job.

Chick-fil-A is an example of one local employer offering an increased wage to attract employees. On Aug. 23, Chick-fil-A Hendersonville announced it would increase its wage for full-time workers to $19 per hour. The pay increase is a jump from $15 the local franchise promised staff back in April 2021.

As for keeping workers, it often goes beyond wages. Companies with a good culture and work-life balance are able to best maintain employees, according to Brady. Workers also need to also believe in the company’s overall mission.

“Employers have to focus on quality of life,” Brady explained. This can mean providing remote work options for employees, which became more of a reality during the pandemic and thus changed the way many view their options.

“We continue to have to adapt and find creative ways to recruit employees and provide amenities that were not a concern five years ago,” Brady said.

Remote workers have changed Henderson County’s job landscape. With a growing number of workers now having the option to live wherever they choose, some may move here but not participate in the local economy.

“Now we’ve added this new element of remote workers who are bringing their own jobs,” Brady said.

Henderson County’s retiree population plays a unique role as well. Brady points out that while that population has grown over the years, so has the 35-and-under crowd, which is a big part of the workforce.

Along with a growing population, the county has added jobs and increased wages in recent years.

A big part of growing wages is an attempt to keep up with inflation and an increased cost of living as the community’s population swells.

Filling in the gaps

Job fairs, with many promising at least $17 or even $18 an hour for employees, have become more prevalent in recent months as employers expand their search for workers.

The upcoming Small Business is Big Business Job Fair says it will cater to both job seekers and employers. The free event takes place from 2-7 p.m. Wednesday, Sept. 29 in the Conference Hall of Blue Ridge Community College’s Flat Rock campus.

Businesses everywhere are struggling to find employees to match market demand, according to a news release from BRCC.

“Created specifically with smaller employers in mind, the employer-focused side of this recruitment event aims to support those small businesses located in the retail, restaurant, small manufacturing and service industries. Nonprofits are also welcome,” the release says.

Small businesses are a big focus for the upcoming job fair.

“We’ve all seen the impact the pandemic has had on small businesses, specifically as it relates to their struggle recruiting and retaining qualified employees,” BRCC Small Business Center Director Ben Smith said in the release. “Sometimes that looks like small businesses shutting their doors early or for entire days due to the limited labor pool. That’s what we aim to address with this job fair.”

For anyone seeking employment, now is the time to find a “dream job” or part-time flexible position, Smith said. Businesses everywhere are looking to hire fresh talent and many have increased wages or employee benefits to match market demand, according to BRCC.

Another example is the Made in Henderson County Apprenticeship program, which continues working toward providing a more skilled workforce in the county.

Launched in 2019, the Made in Henderson County Apprenticeship offers students a certificate from BRCC as well as state and federal credentials, according to the HCPED website.

Throughout the course of the program, apprentices alternate between attending class at BRCC one day a week and working at a partner company the rest of the week.

The Made in Henderson County Apprenticeship program is a partnership between BRCC, Henderson County Public Schools, and the HCPED. The participating companies include Elkamet, WestRock, Meritor, Norafin and GF Linamar.

Looking toward the future

Even as job openings grow, officials are working to attract more businesses to Henderson County to meet other supply and demand needs.

While the future includes filling in the gaps in the labor market, it also means bringing in new employers. The HCPED typically sees about 60 leads a year. In July alone, the partnership saw 12, Brady said.

Growth and the labor storage will continue, she predicts. Brady sees this as an opportunity for organizations to come together and find solutions.

Henderson County is a diverse community with strong partners. “It is going to take a community to continue to be competitive,” she said.

The includes intentionality behind attracting different kinds of workers. For Brady, this ranges from reaching an eighth-grade student and making them want to come back to Henderson County to work to appealing to a mom looking to get back into the workforce.

“This is an opportunity to work together,” she said.

Rebecca Walter covers county government, health, nonprofits and business for the Hendersonville Times-News. Reach her at [email protected] and follow her on Twitter at @BRNRebecca

Tue Sep 7 , 2021
Companies are canceling business trips and keeping their employees close to home as the Delta variant rages on. September marks the beginning of the busy corporate travel season, but many companies are having second thoughts about sending their workers on planes, especially as they delay their return to work dates. […] 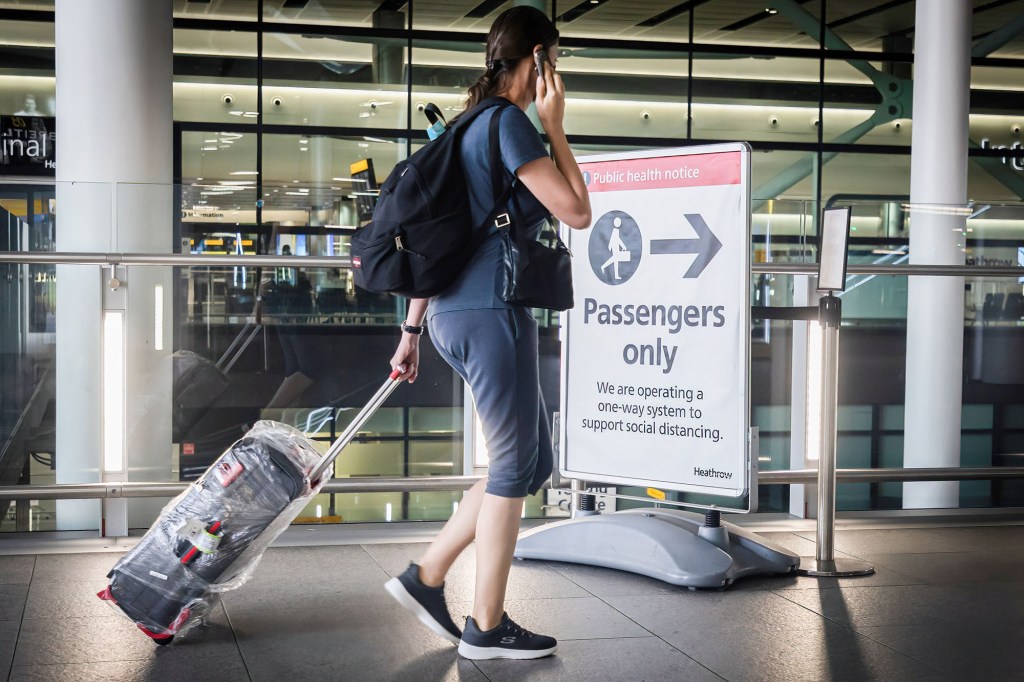