Google I/O kicked off earlier today, and at the big Developer Keynote, we’re getting a lot of Android development-related news. There have been changes to Flutter, new features in Jetpack, and, if the title of this article didn’t tip you off, new things in Firebase.

In case you don’t know, Firebase is Google’s cloud-based app tooling suite. It has features ranging from analytics collection to online file storage, and today that feature list is expanding. A little while back, Google introduced the Emulator Suite to Firebase. This is a feature that lets developers run local versions of some of the tools in Firebase. Local versions mean easier debugging, cheaper development, and even offline programming. While the Emulator Suite includes quite a few tools, it doesn’t have them all. Now it still doesn’t have them all. But it does have one more.

Developers can now use the Firebase Storage API locally through the Emulator Suite. Anything that uses this API can now be tested fully offline, taking advantage of cost savings and enhanced testing automation.

Another feature of Firebase is its internal testing distribution tools. Similar to the Play Store’s Internal Testing feature, developers can use Firebase to distribute internal testing versions of their apps to both iOS and Android users and track statistics from a central location.

While the App Distribution tool has supported APKs since its release, it hasn’t supported Android App Bundles. App Bundles are a more efficient way to distribute apps (if the platform supports it) since they only serve the parts of the app needed for different devices. Today, Firebase App Distribution gets support for App Bundles, hopefully making it easier to run internal tests. This is an important announcement since starting August 2021, the Google Play Console will require all new apps to be published in the Android App Bundle format.

Firebase can store some pretty sensitive data if it’s used for that. It can have game save-states, personal information, or whatever else a developer chooses. While Firebase is pretty secure, Google is taking it a step further with App Check, now in beta. App Check is an optional feature to prevent anything or anyone from connecting to Firebase unless it’s specifically authorized.

Currently, App Check only works for Cloud Storage, Realtime Database, and Cloud Functions, but Google is planning on expanding support as time goes on. Performance Monitoring is yet another useful Firebase feature. It lets developers monitor for performance issues and pinpoint their causes, all from one page. But it wasn’t perfect. The data displayed would have a delay, meaning issues in new releases might not show up for minutes, hours, or even days.

Now, however, Performance Monitoring processes data in real-time. As soon as any issues pop up, developers will see them.

Not every announcement is about a new feature in Firebase today. There are also some UI overhauls.

The Remote Config, Publish Flow, and A/B Test Results pages have all gotten new and improved user interfaces. Google says these changes should make it easier to see the data you want to see while putting more detailed or irrelevant data out of the way.

A lot of the news so far has been about Firebase itself or Android and iOS. But there’s also some new stuff for the web, including a set of new SDKs for web applications entering beta. These SDKs are modular, meaning developers can import only the parts of Firebase they need, reducing load times and saving space. On top of some new SDKs, there are also some new Extensions for Firebase. Developers can integrate with various third-party providers to bring a better experience to Firebase. A partnership with Algolia allows searching through Firestore. A MailChimp extension helps developers send personalized emails to users. MessageBird integrations add in another method of communication for users. Finally, developers can utilize the Perspective API from Jigsaw to analyze user-generated content automatically.

Crashlytics is probably one of the most popular Firebase tools, and it’s getting some changes, too. For one, developers can now do more with custom keys, viewing trends across them, or even filtering sessions based on key values.

That’s certainly a lot of changes in Firebase. While a lot of these are incremental, they’re just strengthening an already incredible set of tools from Google. Make sure to check out Google’s blog posts for more details on what’s new, or check out our other coverage on Google I/O 2021 for more news.

Sun May 23 , 2021
Stanford did not do itself or its audience any favors when it hosted SoCalGas as part of its weekly Energy Seminar on May 17. The uncritical overview of a “net zero” pledge by a large gas utility with a history of misleading and even illegal strategies to promote natural gas […] 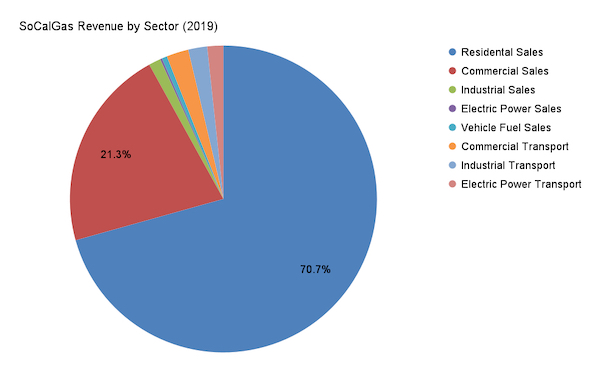