It’s true, and for that you can thank President Trump

It’s called the Section 45S Employer Credit for Paid Family and Medical Leave, and it allows small businesses to take advantage of a general business tax credit (that means it can be carried forward if there aren’t enough taxes to pay in a current year) when an employee must take long-term leave.

According to the Internal Revenue Service, the credit – which was extended through 2025 in a subsequent stimulus bill – is calculated by taking a percentage of the amount of wages paid to a qualifying employee while on family and medical leave for up to 12 weeks per taxable year. The minimum percentage is 12.5 percent of an employee’s wages, and the maximum credit is 25 percent for employers that pay at least half of an employee’s wages while absent.

So, in a way, the government is already providing some paid leave benefits for employees by encouraging employers to step up.

But the burden is still on employers. And the calculation is complex, and the rules are confusing. To get the credit, an employer is required to pay its employees up front and then chase down the benefit when their tax returns are filed. So, there are cash flow issues too. And the credit doesn’t fully cover an employee’s pay while away from work. It’s a start and it’s a help, but it falls short.

So, here’s some good news: President Biden’s paid family leave plan, which is part of his multi-trillion-dollar infrastructure and spending proposals, fixes those problems.

Biden’s plan would, over a 10-year rollout, have the federal government pay eligible workers who need to take family and medical leave up to two-thirds of their wages, or as much as $4,000 per month, for as many as 12 weeks. The lowest-wage workers would get 80 percent of their prior earnings. His plan would also have the federal government pay for up to three days of bereavement time per year.

Of course, there are concerns.

How will this be administered? Who will qualify? What if the compensation from the government isn’t enough? How can a “one size fits all” plan be applied? What about state laws? Is this too much of a federal over-reach? And, most importantly, how will this program (which is estimated to cost $285 billion) and all of the president’s other spending proposals be reasonably funded without overburdening businesses and individuals with higher income, capital gains and (potentially) payroll taxes? But let’s put those concerns aside for now.

The fact is that a comprehensive plan like this would relieve many stresses for employees who aren’t in a state of mind to deal with their finances when they or a family member is sick.

With Biden’s paid family leave plan in place I, as a business owner, would also benefit because my eligible employees would be able to take long-term leave, and I won’t have to be concerned about how they’re going to pay their bills — a concern that frequently causes my clients to provide financial assistance over and above what’s necessary. Why do we do this? Because that’s what small business owners who care about their employees do.

It also levels the competitive playing field in this tight labor market era. Many large corporations can afford to offer insurance and other payment plans to assist employees on long-term leave, and this benefit attracts more workers, to the detriment of smaller companies vying for the same talent. With Biden’s plan, small businesses won’t have to worry about providing these benefits, other than holding jobs open for 12 weeks.

Many studies suggest that programs like this would increase employee retention and productivity too. I’m not sure about that, but I do know that it would be one less employee benefit headache for me to address, which means I can focus more time on my customers.

Yes, Biden’s paid leave plan is an expansion of the federal government. But it’s an expansion that – assuming issues like costs can be addressed – will help small businesses. And believe it or not, there is potential bi-partisan support. The Trump administration has previously pushed paid leave for new parents.

More importantly to me as a small business owner, Biden’s plan may be a first step towards getting the American business community used to the federal government providing other long-term benefits that would ease the financial and administrative burden on small businesses.

Like nationalized health, for example. Wait…did I just write that?

Gene Marks is founder of The Marks Group, a small-business consulting firm. He frequently appears on CNBC, Fox Business and MSNBC.

Sat May 22 , 2021
from the good-deals-on-cool-stuff dept The Complete Mobile and App Development Bundle has 9 courses to help you learn how to program, design, and build apps for both Android and iOS. Courses cover Java, React Native, Git, Swift 5, and more. The bundle is on sale for $45. Note: The Techdirt […] 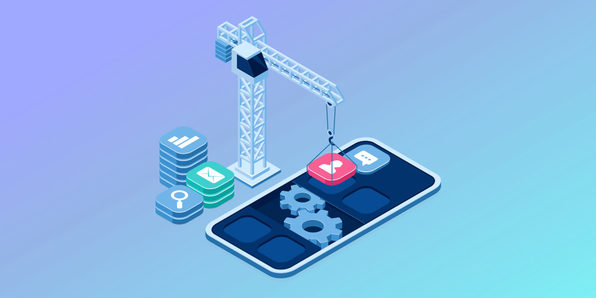