Five years and several hundred requests later, US accounting rulemakers are ready to start writing rules for digital assets—just as the market reels from a crypto winter.

All of cryptocurrency’s wild swings would get captured by rules the Financial Accounting Standards Board is considering. But most significantly, assuming the market recovers, company financial statements would get to reflect crypto price rebounds, not just downturns as under current reporting.

It would be a long-awaited change for the crypto industry, accountants, and investors who complain about the current practice, where companies that hold cryptocurrencies like Bitcoin or Ether only get to report declines in value—never recoveries—unless they sell them.

“It kind of torpedoes the financial presentation and is very disconnected from what is happening economically,” Steve Soter, senior director of product marketing at Workiva Inc., said of the current accepted accounting for digital assets.

FASB has yet to plot the path it will take, but the board has talked about measuring cryptocurrency at fair value, the price an asset fetches in an orderly market. To backers, who sent hundreds of letters to FASB last year urging it to take action, fair value measurement would capture the true market value of cryptocurrencies.

“Many of the folks who asked for fair value believe that’s a better reflection of the economics—up or down,” said Amy Park, partner at Deloitte & Touche LLP.

No part of the US accounting rulebook specifically spells out rules for cryptocurrency like Bitcoin and Ether. The American Institute of CPAs filled the gap in 2019 with guidance saying businesses that aren’t investment companies should account for their crypto stashes as intangible assets. This means companies record them at historical cost, watch out for signs of impairment, and mark down their holdings if the value declines. While AICPA guidance doesn’t carry the same weight as official rules, companies generally don’t deviate from it.

The board expects to discuss next steps as early as next month, a FASB spokesperson said. 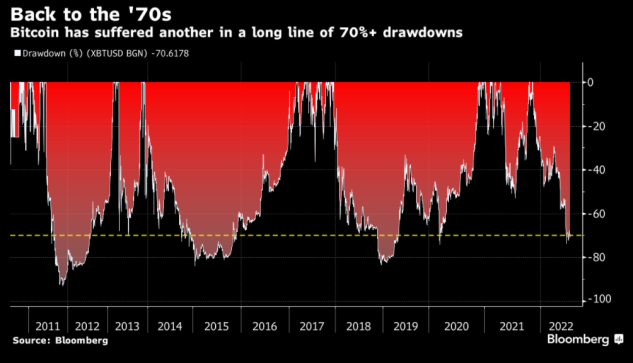 What’s In, What’s Out

Three times since 2017, FASB has rejected calls to draw up official rules for crypto, arguing that only a few companies did more than dabble in the emerging space. Of the companies that did use crypto, many accepted digital currency as customer payments but immediately converted the currency to cash, the board said each time it got a request to address the issue.

The conversation changed once electric vehicle maker Tesla Inc. purchased $1.5 billion worth of Bitcoin in 2021 and enterprise software company MicroStrategy Inc. announced investing in Bitcoin as one of its main business strategies.

Direction from US market regulators changed, too. As late as November 2021, Securities and Exchange Commission acting Chief Accountant Paul Munter warned that setting rules for cryptoassets wouldn’t be a simple issue. By February, he told FASB that there was opportunity for improvement.

Now FASB will have to figure out exactly what kind of cryptoassets to focus on.

So far, the board is focusing only on exchange-traded assets, meaning the most common types of cryptocurrencies, like Bitcoin, which are actively traded and have easily determinable prices. Obscure coins held by a few owners? Not covered.

VIDEO: Tax Your Crypto and NFTs? Yes, the IRS Wants Its Cut

Similarly, non-fungible tokens, or NFTs—digital art and video clips that by their nature are unique and therefore trickier to value—aren’t expected to be captured by potential new rules. While the holder of one Bitcoin or Ether can look up the price of the coins at any given time, the holder of an individual cartoon-style image of a Taco Bell taco would have to dig deep to figure out the value. In addition, FASB isn’t expected to tackle stablecoins, many of which are classified as financial instruments and get a separate accounting treatment.

Setting the scope around what’s in and what’s out will be a challenge, said Scott Muir, partner at KPMG LLP.

“I don’t think anyone thinks it’ll be an easy exercise,” he said.

FASB could very well set some parameters around what is considered an exchange-traded asset and then offer examples—as in, perhaps, “‘Here’s how we’re thinking about parameters, but, for clarity, we mean things like Bitcoin and Ether’,” Muir said.

Whatever FASB drafts, it will have to be robust enough to prevent people from inflating their balance sheets because they sold one obscure coin once, FASB Chair Richard Jones said at a June meeting of the board’s Private Company Council.

“I can’t just invent a coin and convince you to buy one and mark the other million I have on my balance sheet to that price,” Jones said.

How to Grow Your Business With the Help of Digital Marketing

Fri Jul 15 , 2022
By Nikki Carlson, co-founder/co-president of ChicExecs Retail and Strategy Firm. There’s nothing wrong with a newspaper ad or a strategically placed billboard, but if you really want to grow your business, you need assistance from digital marketing.  Traditional marketing strategies have their place, but digital marketing should be every business’s […]