The singer-songwriter featured in many Blue Bell Ice Cream commercials will soon be in concert at The Barnhill Center in Brenham.

Longtime Blue Bell collaborator Aaron Barker will perform on Friday, September 24th at 7 p.m. as part of the Darden Smith Singer/Songwriter Series.  The most recent song written for Blue Bell, titled “New Best Friend”, also features the voice of Megan Linville, who will join Barker and Allen Shamblin on stage.

Blue Bell Advertising and Marketing Executive Director Joe Robertson said Barker “has been a part of almost every musical moment in Blue Bell’s history.”  He said, “His songwriting and voice have created a recognizable sound, and his lyrics provoke the listener’s imagination.”

Before the concert, Blue Bell will share with the audience its new TV commercial that showcases Barker’s and Linville’s voices.  To top off the evening, attendees will be treated to Blue Bell Ice Cream.

Barker, a San Antonio native now based in Nashville, is also known for the many No. 1 singles he has written for country superstar George Strait, which include “Baby Blue”, “Love Without End Amen”, “Easy Come, Easy Go” and “I Know She Still Loves Me”.  He was inducted into the Texas Heritage Songwriters Hall of Fame in 2007 and Nashville Songwriters Hall of Fame 2016.

Shamblin became well-known with his first No. 1 songwriting hit, “He Walked on Water”, recorded by Randy Travis.  Since then, over 100 Shamblin songs have been released by artists such as Keith Urban, Toby Keith, Clay Walker and Bonnie Raitt.  Shamblin was also a Dove Award winner and was nominated for a Grammy Award.

Barker and Shamblin will swap songs alongside Linville, who has performed at some of the sporting world’s largest events including the Indy 500, The Allstate Brickyard 400 Sprint Cup Series, The Kentucky Derby and numerous Major League Baseball games.  Her self-penned recording of “Wrapped Up in Love” aired in two Hallmark Network movies, and her music video reached #3 on the CMT 12-Pack Countdown.

To learn more, or to purchase tickets, visit www.thebarnhillcenter.com.

Tue Aug 24 , 2021
BYU advertising professor Jeff Sheets told Education Week participants on Thursday about a Book of Mormon social experiment he led. In the experiment, Sheets handed people in the streets a single page from the Book of Mormon and had them look for references to God and Jesus Christ. The idea […] 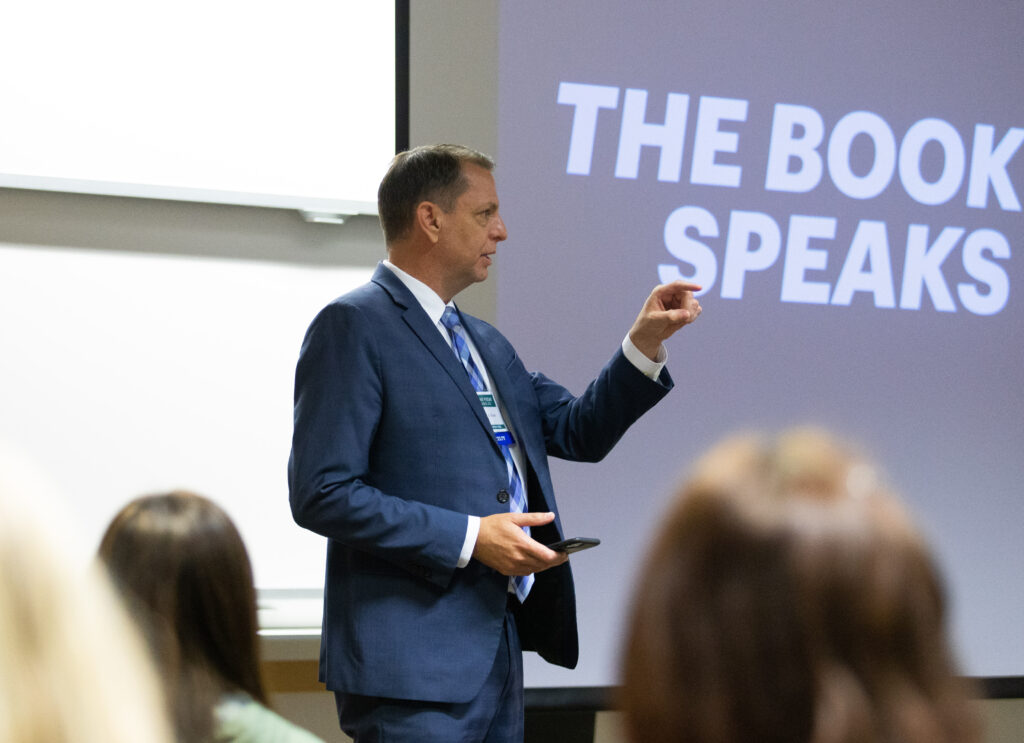